KYLIE Jenner clapped back at critics slamming her over her huge lips in a new TikTok video.

She flaunted her big pout by posing alongside a friend in the new clip – and then replied to a fan slamming her look in the comments.

Kylie, 25, posted a new video on TikTok where she flaunted her curves with a friend in front of the camera.

The two posed side by side and hugged each other while throwing smoldering looks at lens for their fans.

Kylie wore a basic black top with lose olive green joggers and gave her a look a pop of color with red nails.

The star wore her long dark hair down and had on a basic makeup look – although fans couldn’t help but notice her lips appeared overdrawn and dramatic.

One user commented: “The lips, please” and added a grimacing emoji with a single bead of forehead sweat along with a skeleton emoji. 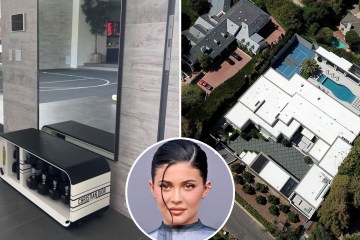 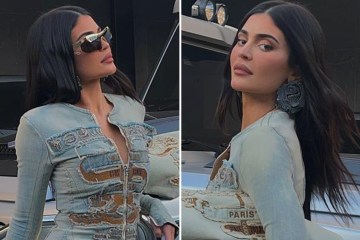 Kylie shocked fans by replying directly to her critic and wrote: “It’s the filter, but go off.”

The fan who slammed Kylie’s lips took to an online forum to share their notifications were going off the charts from other fans replying to the comment.

The user wrote: “Honestly screaming because I was about 1 out of 1000 comments about her lips and now the stans are flooding my page lmfao.”

Another defended the fan and posted: “If she has to say no they don’t really look like that it’s the filter, as if they look better without the filter, why the h**l is she putting on that clownish filter lol. ”

Most read in Entertainment

A third agreed and said: “That’s what confused me- she blamed the filter & I am thinking that was the point of the comment.”

Although other fans agreed with Kylie’s critic as another slammed: “At this point just put lipstick on your nose.”

NOT A POUT ABOUT IT

Earlier this month, Kylie also shocked fans with her huge lips in another TikTok.

The makeup mogul took her fans along on a video tour of a Kylie Cosmetics factory in Milan – although the upcoming makeup products weren’t what got fans buzzing.

Kylie kicked off the video by filming from the backseat of a car.

As she talked to the camera, it was almost impossible to not look at the star’s huge lips.

The star said: “We are in Milan for 24 hours to visit all of the makeup factories to check on new Kylie Cosmetics stuff coming that I am very excited about and I wanted to take you guys along with me.”

Kylie proceeded to bring her fans behind-the-scenes at the factory and showed off all of the colorful palettes used to create the products.

However, fans didn’t have as much to say about the new makeup line as they were shocked at Kylie’s appearance.

One fan begged: “Please, Kylie, girl. I love you, but put down the filler. It’s too much now.”

Yet other fans were more concerned about the star traveling all the ways out to Milan on her private jet only for 24 hours.

One fan slammed Kylie’s short visit and said: “She doesn’t give af**k about climate change. Did you need to go, you specifically? Someone else locally could have just dipped their own hair extensions in the gloss on your behalf. ”

A second chimed in and wrote: “I’m going to fly all the way to Milan while destroying the environment a little bit more just so I can make a 30-second TikTok showing me working in my lab.”

Kylie’s fans have been disapproving her use of filters as equally as the star’s lips.

Once again, Kylie transformed her look for her followers in a clip of her lip-singing to the camera.

The beauty mogul wore a loosely-fitted black ensemble while sitting on the floor of her $36million home.

She held the camera high above her head as she gazed at the lens, singing along to her baby daddy Travis Scott’s track, NC-17.

The Hulu star moved the camera all around to capture her look from numerous angles.

Kylie donned her signature long dark locks and heavy makeup, but fans weren’t convinced that it was her natural look.

Viewers took to an online thread to question her seemingly darker complexion in the video, with one person asking: “Is that brown makeup or her nose?”

Others cleared up any confusion, theorizing the TV personality seemingly changed appearance due to a filter.

“It’s a filter, no idea why she chose one that would give her a brown nose,” another wrote.

Another echoed the thought, writing: “It’s a filter.”

A slew of others begged the Kylie Cosmetics founder to ditch the filters and show off her natural beauty.

“Why are you using filters at all? You don’t need them,” one remarked.

“Kylie, me and you both know you don’t need filters,” said another. 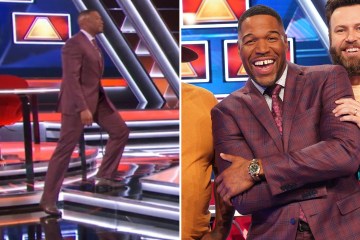 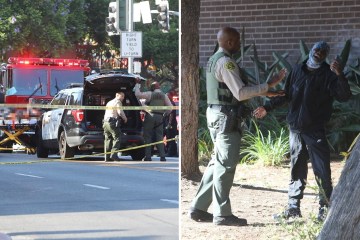 “Are you serious? Filters? Girl, you don’t need filters. Your beauty is perfect,” a person reacted.

“This is low-key embarrassing,” one harshly added, while another pleaded with her to “stop using filters.”